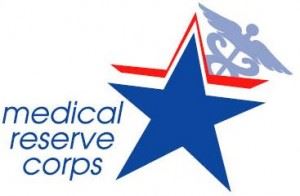 Medical Reserve Corps (MRC) were formed due to an outpouring of support for emergency relief efforts after the terrorist attacks on September 11, 2001. Many Americans asked, "What can I do to help?" Medical and public health professionals were among those who wanted to volunteer their services, but many were not able to find a way to do so. Using public health and medical volunteers in emergencies requires an organized approach and the emergency management system had not identified a role for them. While they had very necessary skills and knowledge, medical personnel could not be called up because they were not identified, credentialed or trained in advance.

The anthrax attacks in Fall 2001 reinforced the need for pre-qualified and trained supplemental medical and public health personnel to assist with emergency operations such as mass antibiotic dispensing or mass immunization campaigns. The anthrax missions immunized almost 40,000 people. If these events had been much larger, the Federal responders would have been overwhelmed and extra personnel would have been required.

To help meet these needs, the Medical Reserve Corps Program was formed in 2002, in cooperation with the White House's USA Freedom Corps, as one of the charter programs of Citizen Corps. Recruiting, training and organizing medical and public health professionals to strengthen their communities through volunteerism are at the core of the MRC concept. MRC volunteers offer their expertise throughout the year by supporting local public health initiatives, such as immunization and prevention activities. When an emergency community need occurs, MRC volunteers can work in coordination with existing local emergency response programs. With an MRC in place, a formerly untapped community resource - medical and public health volunteers - is functioning and available for the community to access in emergencies and for ongoing efforts in public health.